The Arab world offers aromatic and tasty dishes. Each recipe leads us to the tales of “The Arabian Nights” or to the Arab markets full of spices and colors. Let’s meet some Arab dishes and ingredients!

Arab cuisine incorporates many national and regional recipes from the Middle East. Its mix is ​​impressive. It has influences: Algerian, Armenian, Assyrian, Cypriot, Egyptian, Iranian, Iraqi, Israeli, Jordanian, Kurdish, Lebanese, Moroccan, Turkish and Palestinian. Each of these cuisines has its own peculiarities and deserves a separate chapter, but all of them are also related by their ingredients, origins, ways of cooking and flavors.

And what about wine? As we know, Islam forbids drinking alcohol. If we respect this rule, we can share a meal with a traditional fresh mint tea. But we cannot forget that the region has an ancient winemaking tradition. Archeologists confirm that approximately 7,000 years ago there was wine production in Persia and Ancient Egypt. Therefore, all lovers of Arab cuisine can enjoy the rich flavors with wine pairings.

The Middle East region, also called Levantine, is located at the crossroads of Asia, Europe and Africa. This region was the cradle of great ancient civilizations such as Mesopotamia, ancient Egypt and Persia, and three religions: Judaism, Christianity and Islam. Large rivers like the Nile, Jordan, Tigris and Euphrates, bathe the region and allowed the rapid growth of civilizations. That is why it is also called the Fertile Crescent. Not for nothing it was the center of the ancient world for nearly thirty centuries.

The most notable examples of the Levantine cuisine, which remain to this day, are meze (snacks on the basis of vegetables, meat and dried fruit); recipes as emblematic as tabbouleh (a couscous salad with fresh vegetables); hummus (a paste of chickpea and sesame) and baba ghanoush (roasted eggplant sauce). The meze traditionally consist of several dishes; some vegetarians, other made out of phyllo with spinach and cheese, and other based on different types of meat. Therefore, I recommend a versatile wine that harmonizes well with different types of protein and cooking methods. I immediately think about Casillero del Diablo Rosé.

Another common denominator of the Arab culinary world is the use of some products as the basis of their preparations. One of the most popular grain is wheat (flour, pita bread, couscous and bulgur, several salads ingredients). One of its signature dishes is the Kibbeh, a recipe based on bulgur, chopped onion, minced meat, seasoned with cinnamon, nutmeg and cloves. With this mass, some croquettes are formed and then fried in oil. Try them with Casillero del Diablo Devil’s Collection Brut.

We should not forget about the dairy products, such as fresh cheese or yogurt, also essential in the Arab cuisine, both its sweet and savory preparations. For example, the Labneh, a creamy and sour kind of yogurt that part of the sauces used to accompany meats. Cheese is present in desserts like sweet cake kanafeh or salty burek.

The favorite meat of most of Arab cuisines is lamb, but depending on the region also goat, chicken and beef are used. The most common way of preparing meat is the kebab (grilled / cooked over the flames). Its large or small pieces of meat are served in dishes such as shawarma sandwiches or in more traditional bowls.

Watch out with the wine pairings. If you are going to eat kebab with bread and some salad (coleslaw style, for example) I recommend Casillero del Diablo Shiraz. But add to the meat a sauce with yogurt, fresh cucumber, garlic and lemon and your pairing will change. This sauce softens the protein and flavors, so here again I recommend a rosé wine.

In various parts of the Arab world you can try stuffed dishes, for example vine leaves with rice, ground beef, onion and spices. With this dish I recommend Casillero del Diablo Merlot. This wine matches perfectly with the flavors and weight of the dish.

Frying is one of the most used cooking methods in the Arab cuisine. Falafel (chickpeas mass croquettes) will match beautifully with Casillero del Diablo Devil’s Collection Brut. Another important part of the Arab heritage is seasoning. In almost every dish herbs and spices are generously used. The Za’atar is a mixture based on oregano, thyme, hyssop and sesame. Some other species which came from India to the Arab world are saffron, turmeric, cumin, anise and cinnamon.

One of the universal sauces is toum made of raw garlic, lemon and olive. The other sauce used in various recipes is tahini prepared with toasted sesame and oil. Besides, the dishes are seasoned with fresh herbs like mint, parsley and cilantro. Today I want to present you an easy recipe called Fattoush, which will add an exquisite Arabian touch to your festivities. To balance these very intense aromas, you need an aromatic wine with some herbal notes, such as Casillero del Diablo Pinot Grigio. Now close your eyes and remember your favorite tail of “The Arabian Nights” story. Optional: garnish with feta cheese, pomegranate, olives and / or pieces of grilled eggplant

In a large bowl mix all ingredients.

Serve as a salad, a plate of meze, or accompaniment to the meat. 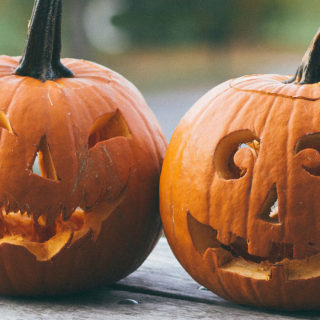 Halloween is approaching and with it we find ourselves in a pumpkin flooded world. Wanna incorporate it into your daily menu and soak in Halloween spirit? Here we give you 3 recipes to cook with them ... 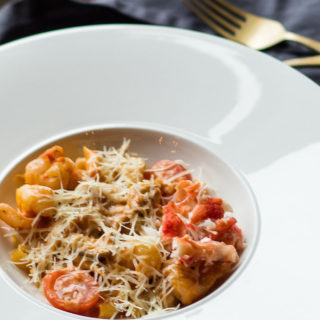 For decades, red blends have been selected as the default wine to accompany main dishes based on beef, game meats or lamb served with intense sauces. But is that all? What about those lighter red blen...

A cut of meat for each wine

This is a simple yet comprehensive guide designed for you to choose the best pairing for every cut of meat. An undisputed pairing for red wines is red meat. But have you ever wondered why? It is than...