There are several traditional dishes you must-try when visiting England. And what better than pairing them with Casillero del Diablo, the most popular Chilean wine in the British country.

On the European continent, passing through the North Sea, there is Great Britain and its largest country, England. A land of great history, beautiful landscapes and charming cities. London, its capital, founded more than two thousand years ago, is currently one of the most cosmopolitan and visited cities in the world.

If you are lucky enough to visit England, be sure to discover its culture, its people, its traditions and of course, its gastronomy. Evidently, its typical cuisine is not as famous as Mexican, Italian or Chinese, nevertheless, there are several typical dishes worth trying.

We have chosen six of the most representative of England, and to pair them, one of the most popular and recognized Chilean wines in the British country: Casillero del Diablo. In addition, this Concha y Toro line is one of the 5 best-selling wine brands in the United Kingdom, and its Cabernet Sauvignon, the favorite in its category since 2015.

For foreigners, one of the most famous typical dishes is its version of Fish and Chips. Although it is traditional of Whitby port in Yorkshire, the recipe is so old that it is difficult to know its exact origin. The dish consists of different types of fish, mainly cod or hake, battered, fried and seasoned with salt and malt vinegar, and accompanied by French fries. A simple dish, but with an exquisite and unique flavor. For this recipe we recommend the Casillero del Diablo Pinot Grigio, a light and refreshing white wine that is a great accompaniment to fried fish. 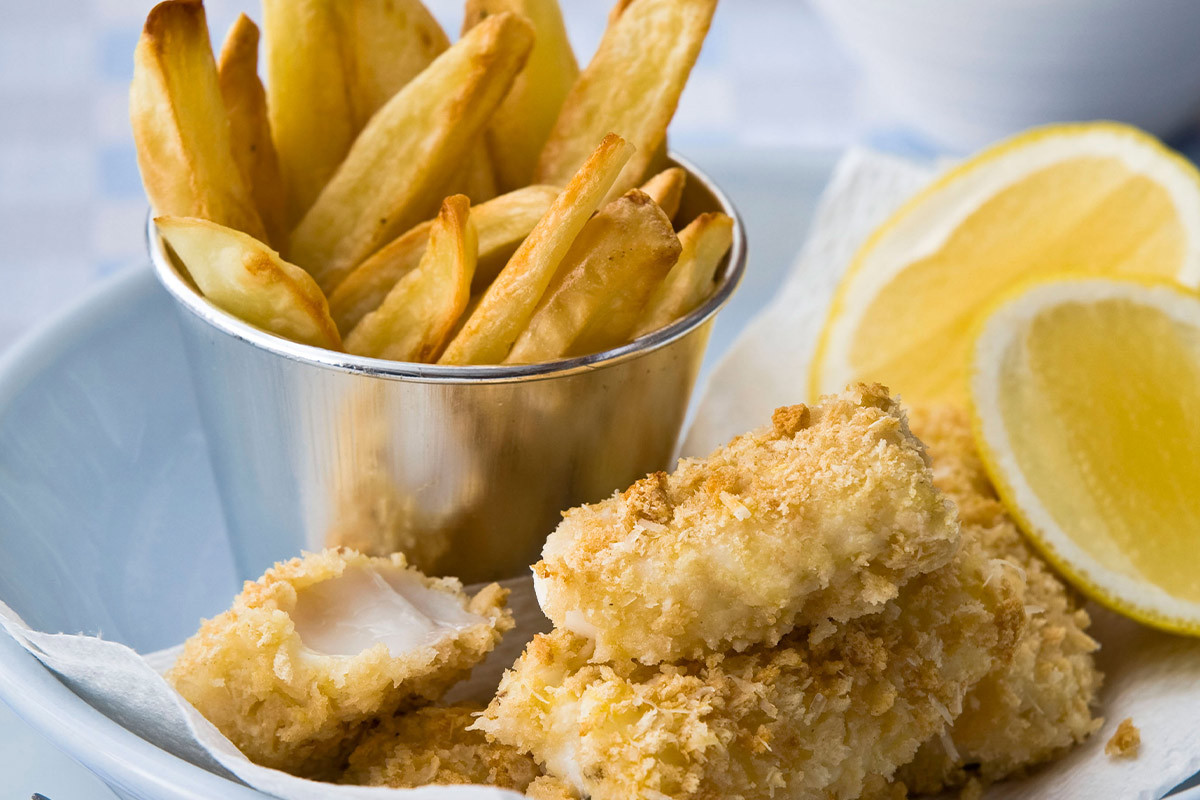 Sunday Roast bears its name precisely because it is the typical dish that the English eat on Sunday. It consists of roasted beef, pork or lamb, accompanied by roasted potatoes, mashed potatoes, steamed vegetables, gravy sauce and Yorkshire pudding. To accompany this traditional dish, we recommend complex, full body red varieties of Casillero del Diablo, such as Cabernet Sauvignon or Malbec.

Sausages are very popular in England and are consumed at all hours of the day, even at breakfast. At lunchtime, a very common dish is Bangers and Mash, that consists of Cumberland sausages served on mashed potatoes with a rich onion gravy.

Another typical dish is Toad in the Hole. It consists of sausage links baked in a Yorkshire pudding batter, which is prepared with flour, eggs and milk. Although the origin of the name is unclear, most suggestions are that the dish resembles a toad sticking it’s head out of a hole. To pair with these sausage dishes, a good option would be Casillero del Diablo Merlot, since it is a medium-bodied, juicy and spicy red wine, which goes very well with sausages. 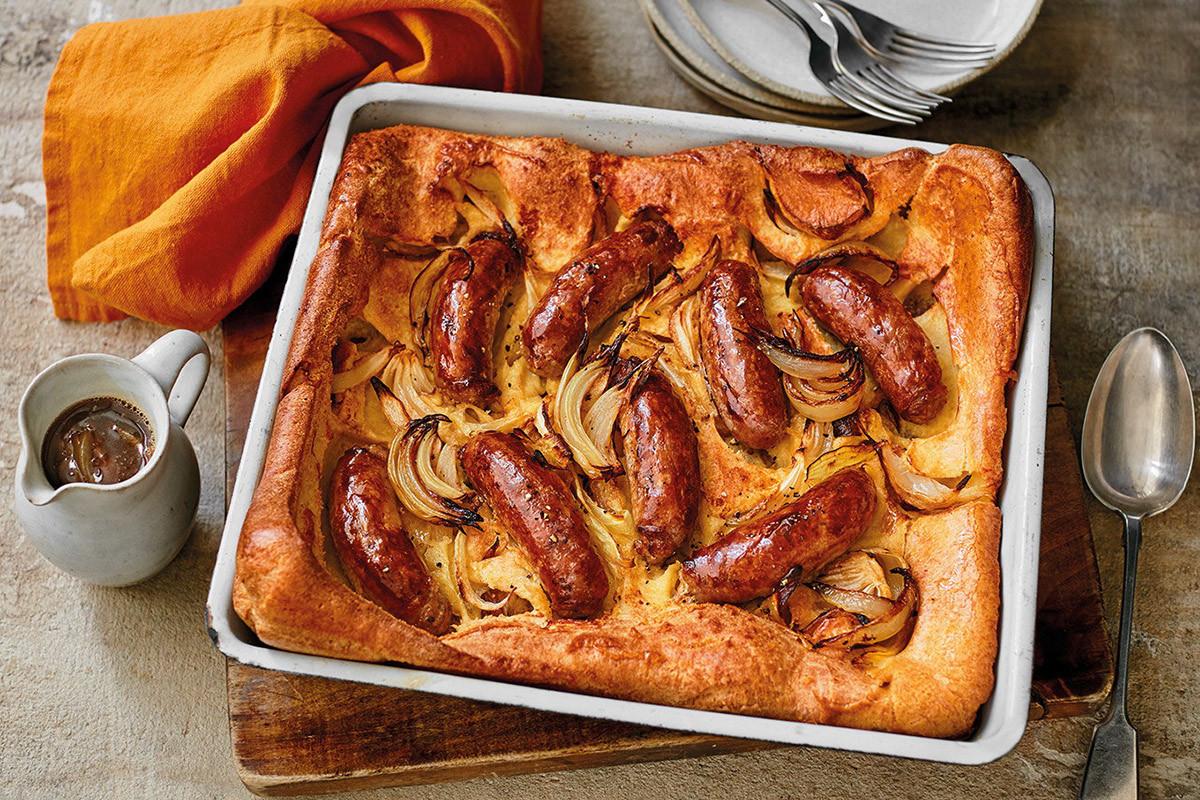 Ploughman’s Lunch, despite its literal meaning, is a cold dish that the English prefer as an appetizer and is usually served in pubs. It consists of pieces of cheese, usually cheddar, pickles, onions, bread and butter. We recommend pairing this meal with Casillero del Diablo Chardonnay, as it has an excellent balance between structure and freshness, and if you prefer sparkling wines, a great choice is Casillero del Diablo Devil’s Collection Brut.

Cornish Pasties are a type of hand pie or turnover and a favorite meal of the English. This original dish from the Cornwall city, in the south of the country, consists of dough shaped like a ‘D’ and crimped on one side; stuffed with meats, vegetables, cheese, etc. The traditional version has meat, onion, potatoes and kohlrabi, but they can be filled with a combination of ingredients such as potatoes and cheese, veal and kidneys, or chicken and mushrooms. To accompany this hand pie, we suggest Casillero del Diablo Rosé, if the ingredients contain cheese and vegetables, or its Carmenere variety, if they are filled with red or white meats. 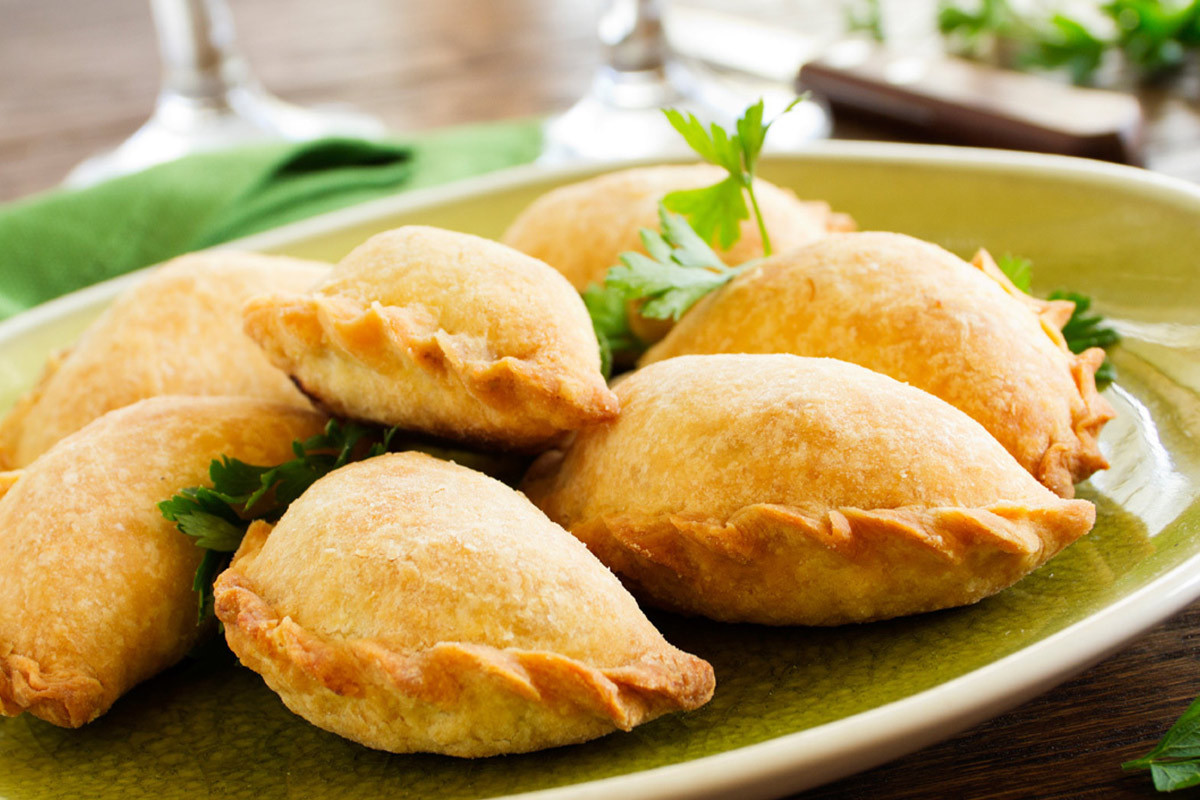