Iberian gastronomy is as varied as its traditions, landscapes and climates. Proposing one set menu doesn’t do much justice to its variety, therefore, here we present some of its typical dishes recognized throughout the world.

If I had to choose one of the most entertaining countries in which I have lived, it would certainly be Spain. Not only does it have beautiful landscapes, charming villages and a cultural diversity inherited from its history, but also, its people are very sociable and it’s a country with many traditional festivals and city life. Whether you visit for a few days, a couple of weeks or have the opportunity to live some years, as was my case, I guarantee it will be an unforgettable experience.

As if that were not enough, its gastronomy is also entertaining and diverse. Spanish food has a rural and coastal origin, due to its geography, and is enriched by the cultural diversity of its communities. In addition, throughout its history it has received a great influence from those that conquered its territory, and later, from those it colonized such as Latin Americans.

Spanish cuisine is currently recognized worldwide for the quality of its ingredients; for being very representative of Mediterranean food, and for its variety, which is why some renowned chefs refer to it as: the “kitchens of Spain”.

To discover the flavors of Iberian cuisine we present a three-course menu, and we will give you some alternatives, since only three dishes would not do justice to its great diversity. As a perfect pairing, we chose Trio of Concha y Toro, a wine brand that makes the blend an art. Created with different varieties from different valleys of Chile, the results are elegant, unique and balanced wines.

As a first course, what better than Spanish tapas, although they are also very popular as a unique appetizer. The tapas or pinchos are small portions of food and are as diverse as Iberian ingredients get. Its international fame has been widely recognized, and there is even a World Tapas Day, celebrated on September 29 of each year. Some of the most popular are Iberian Pork Ham and Potato Tortilla on a slice of bread. We will also include in this spread: Patatas Bravas (potatoes with a spicy sauce made with garlic and paprika) and Pulpo a la Gallega (Galician Style Octopus, with potatoes, red pepper and olive oil). To accompany these famous and unique appetizers, we recommend Trio Chardonnay, a fresh, soft and balanced wine. If you prefer red wines, Trio Merlot will also be a great option. 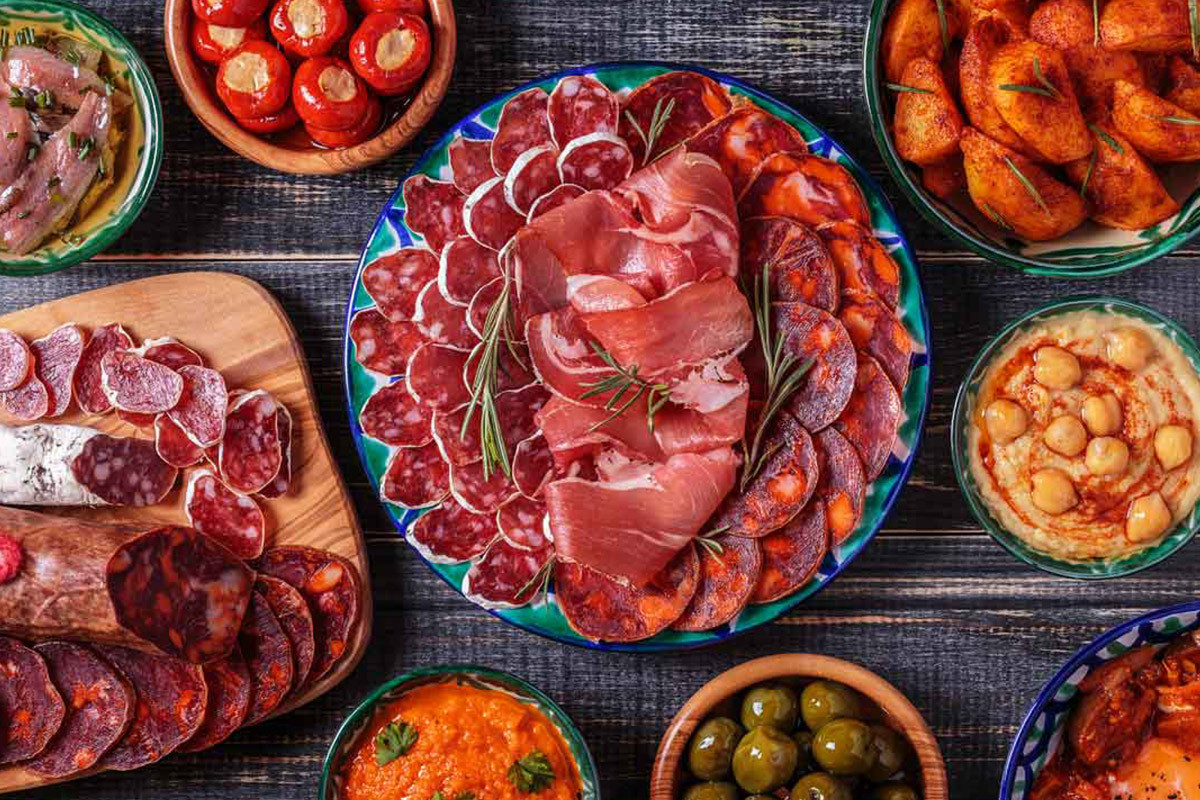 For a main or second course, we have chosen two of the most famous dishes in Spain. The first is Paella, and although it is originally from the south of the peninsula, it is currently prepared throughout the country. Its versions are as numerous as the regions of Spain, but the Valencian is considered the most traditional. This dish is prepared with rice, chicken, rabbit, white beans, green beans, garlic, tomatoes, paprika, olive oil, salt and saffron. Its perfect companion will be Trio Merlot, a blend of this variety along with Carmenere and Syrah, which goes very well with rice and white meats. 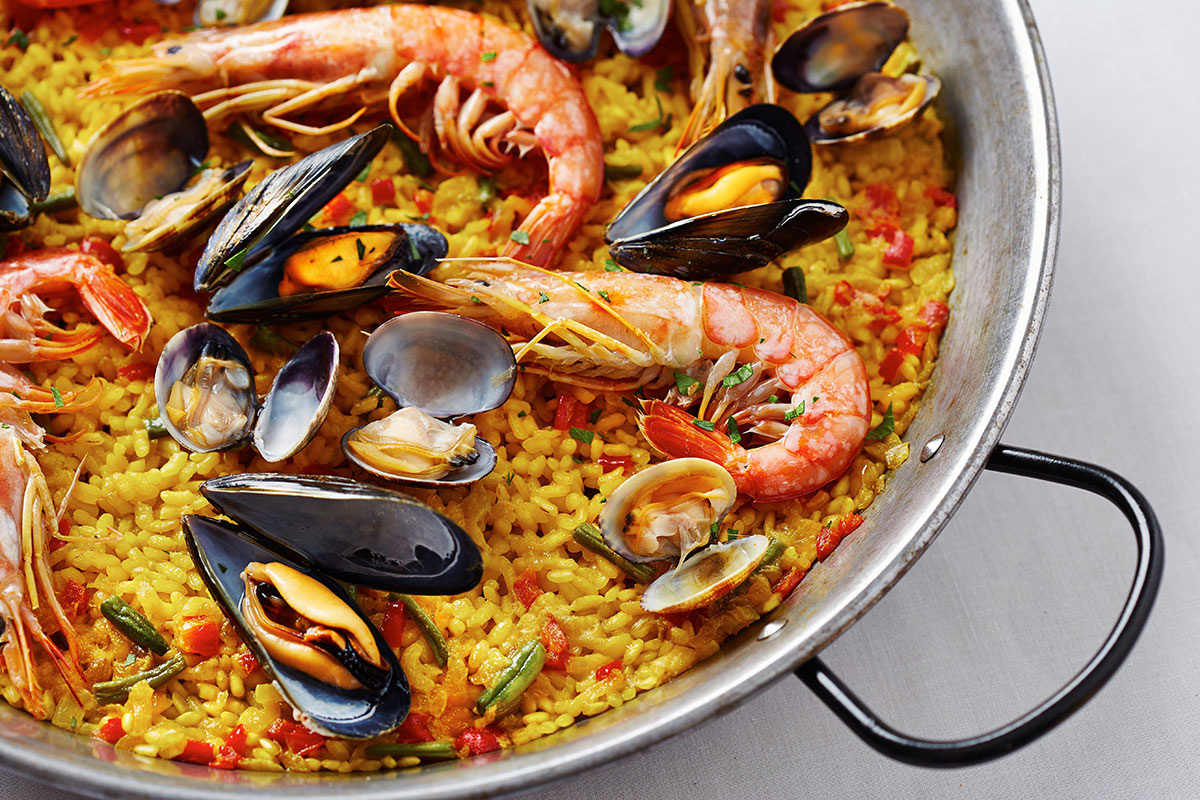 The other dish for second course is the Cocido Madrileño. It is so filling that it could be considered a whole meal, nevertheless, its popularity makes it necessary to add in our list. It consists of a chickpea stew with chicken, meat, bacon, chorizo, black sausage and vegetables such as cabbage and green beans. The locals usually eat the broth with noodles first, and then, the chickpeas, meats, sausages and vegetables. This ample and delicious traditional dish, which is shared throughout the country with small variations, pairs beautifully with Trio Cabernet Sauvignon, a complex and expressive wine, with a soft toast contributed by the barrels.

Finally, as third course, we have selected two sweet options. The first is Arroz con Leche (Rice Pudding) one of the most classics and typical desserts in Spain. It is prepared by slowly cooking the rice in milk with sugar, vanilla and cinnamon. 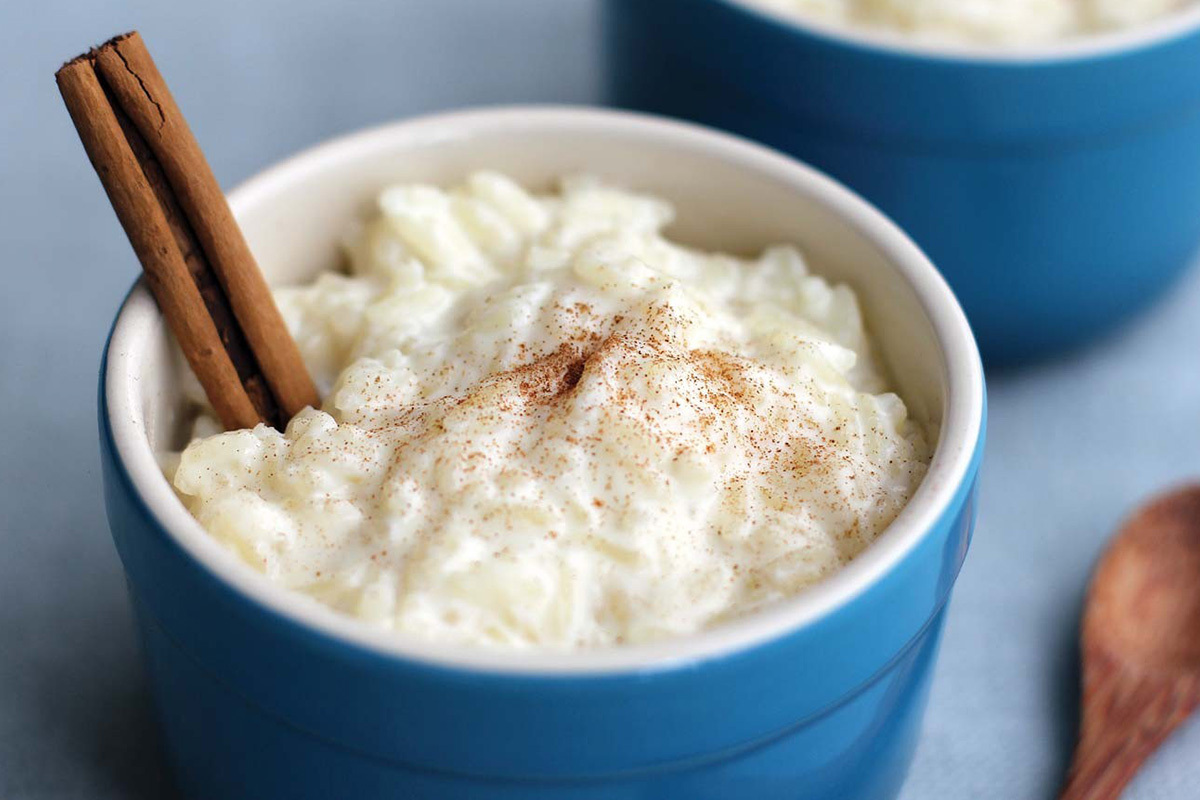 The second dessert is the Crema Catalana (Catalan Cream), which as the name implies, has its origin from Catalonia, although it has now spread throughout the Spanish territory. It consists of a custard cream made with egg yolk, and to contrast its creaminess, it has a crusty layer of caramelized sugar on the surface. To accompany both desserts, an excellent option will be Trio Merlot. 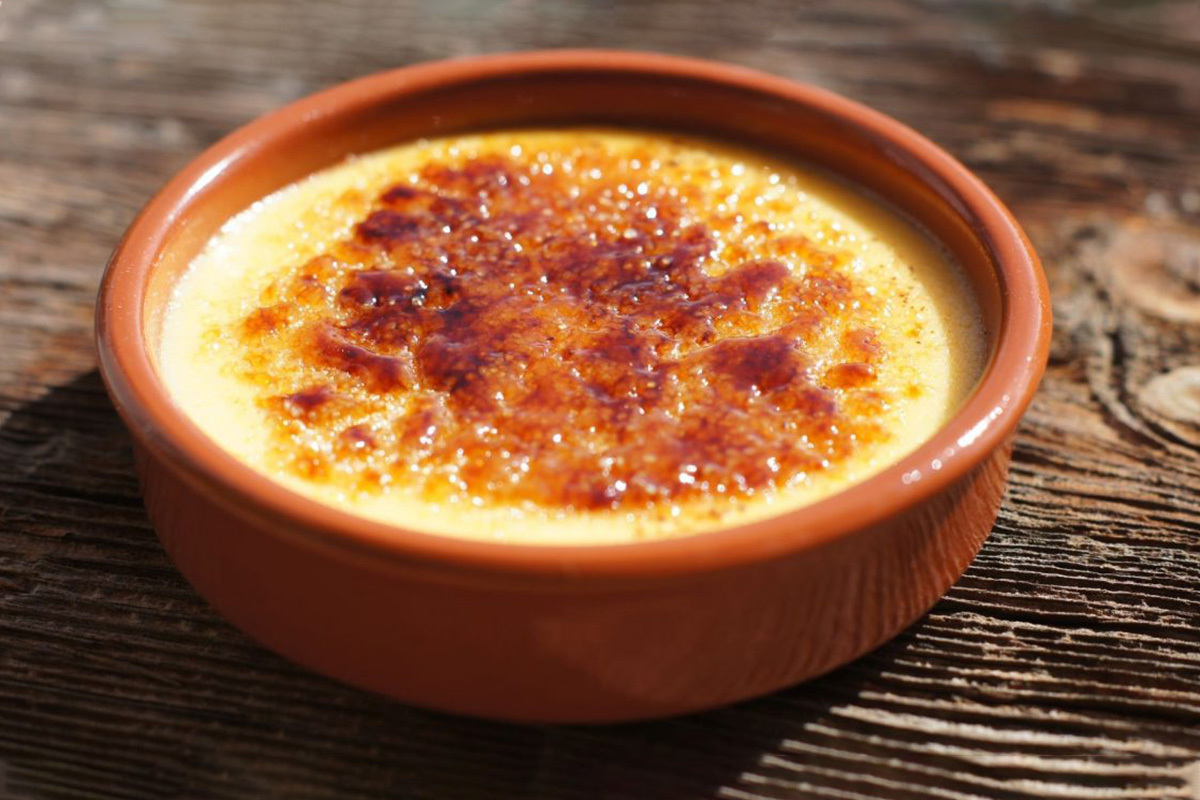 We invite you to travel the world through gastronomy and try these perfect pairings with Trio Wines. I assure you that you will not regret it.