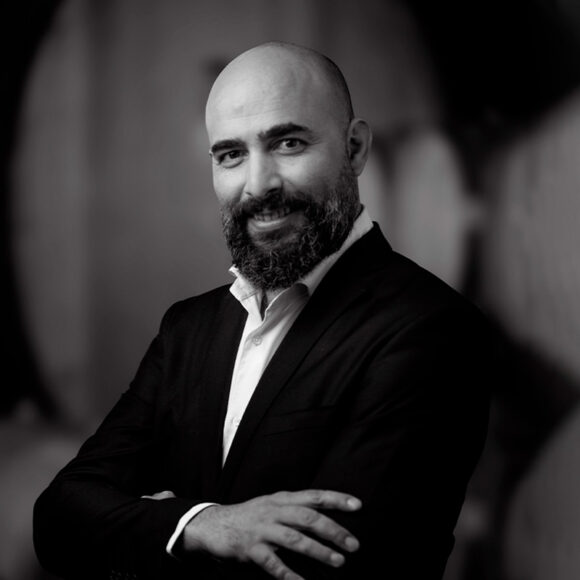 “In wine, we find culture, tradition, hard work, which are fundamental to the wine”.

Argentinean winemaker, Germán Di Césare, has developed a distinguished career in his country’s wine scene. He began working at Trivento at an early age, in the laboratory where he performed enological testing on wines and grapes.

Starting in 2004, he was responsible for the production of young wines. In 2008, he accepted the challenge to lead the company’s emblematic Trivento Reserve line, and in 2010 he delved into the development of the winery’s high-end wines.

In 2017, he was named the enological technical director for Trivento and currently works as the Enological Technical Manager, where he is responsible for leading the style and quality of Trivento wines and communications for the entire portfolio.

In addition to this role, German is the winemaker for Terrunyo Malbec, a wine that crossed over the Andes to bring the concept of Terrunyo to Argentina, creating a Malbec Ultra Premium from Uco Valley in Mendoza.

German’s charismatic personality is one of his most distinctive features, as well as his passion for folklore, the guitar, horses and good friends.

The first line of ultra premium and multi-origin wines of limited production, where each one of them is carefully elaborated with special attention.