1-   For many years it was confused with Merlot 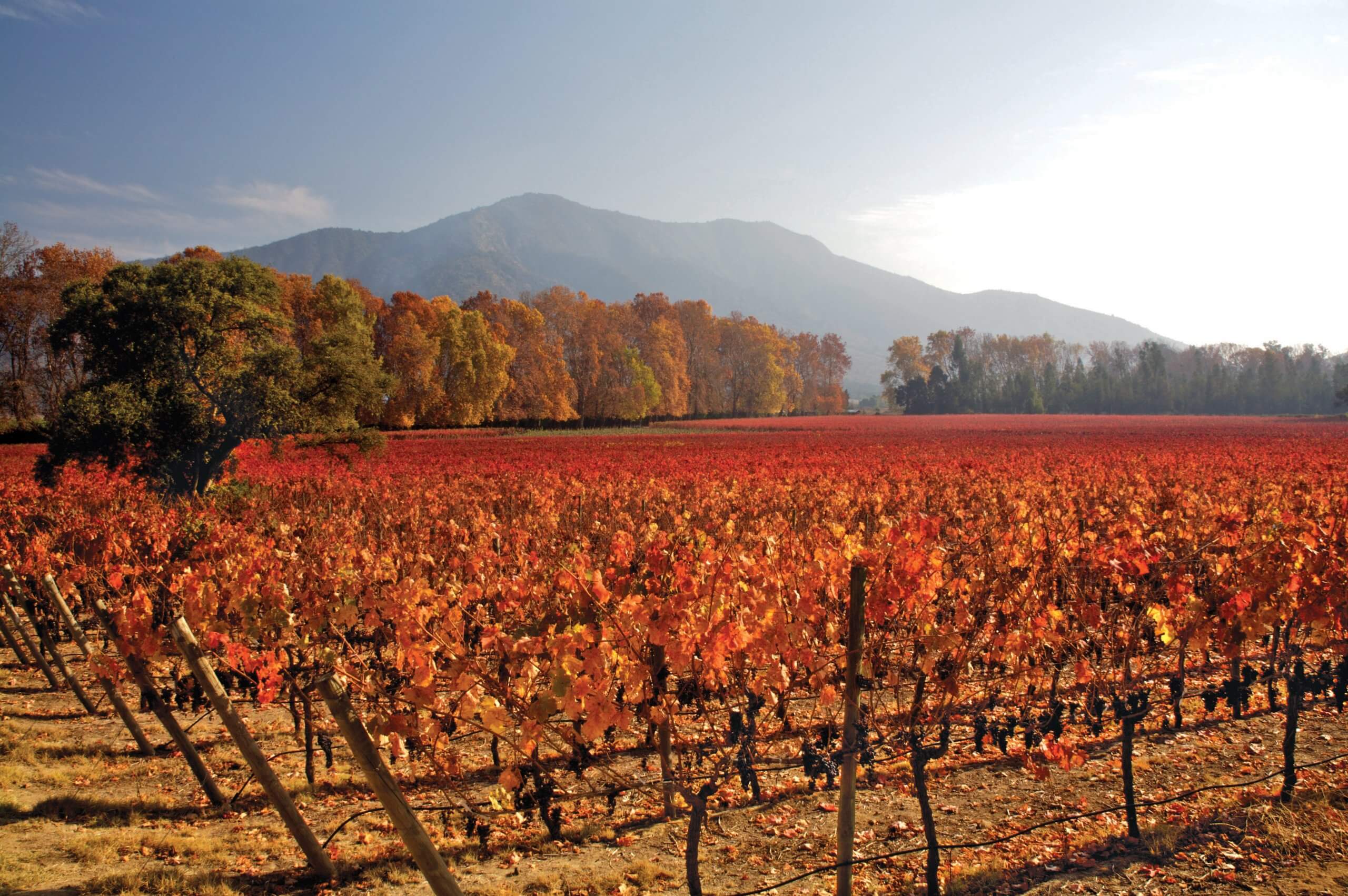 The error was discovered in 1994 by Jean-Michel Boursiquot, professor of ampelography (who studies grape varieties) at the University of Montpelier in France, while visiting a renowned Chilean winery in Maipo Valley. A former student who was working in this vineyard invited him to visit the fields and the varieties they had planted there, including “a new plot of Merlot”. But to Boursiquot, the shape of the leaves and the shoot tips were very orange. It did not look like Merlot. After hesitating for a few minutes, he looked at her flowers and there it was! Its stamens were twisted, as are the stamens of the Carmenere’s flowers.

2-  Contains a high level of pyrazines 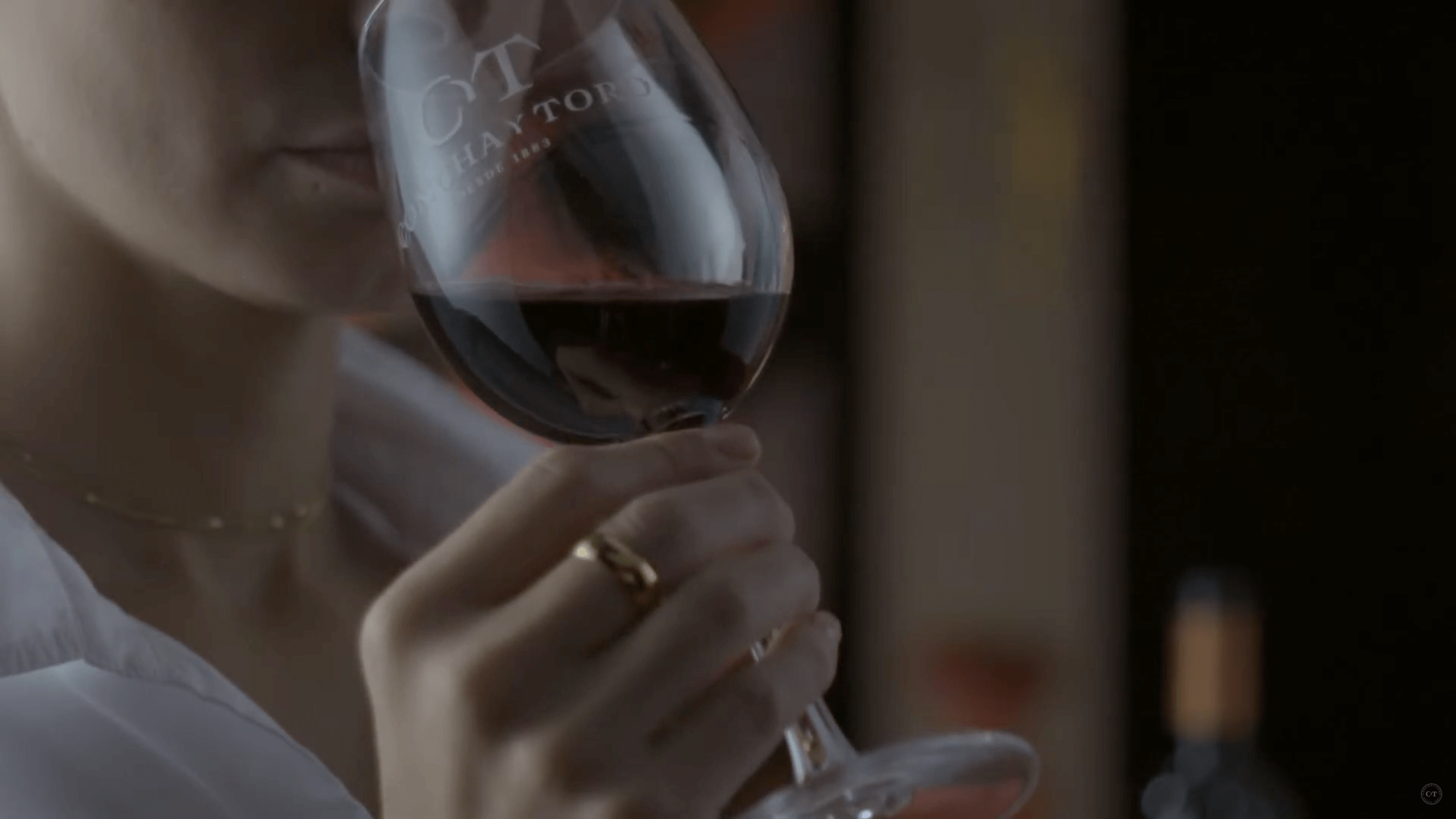 In red wines such as Cabernet Sauvignon, Cabernet Franc and Carmenere it is common to find aromas of chocolate, tomato leaf, black pepper, eucalyptus and bell pepper, given by an aromatic compound called pyrazine. In small quantities these aromas can be pleasant. But there are those who consider that, if they are very intense in a red wine, it becomes unpleasant. However, over the years the pyrazines soften, revealing notes of chocolate and cherries as happens with Carmín de Peumo 2017.

3-   It is usually blended with other grape varieties 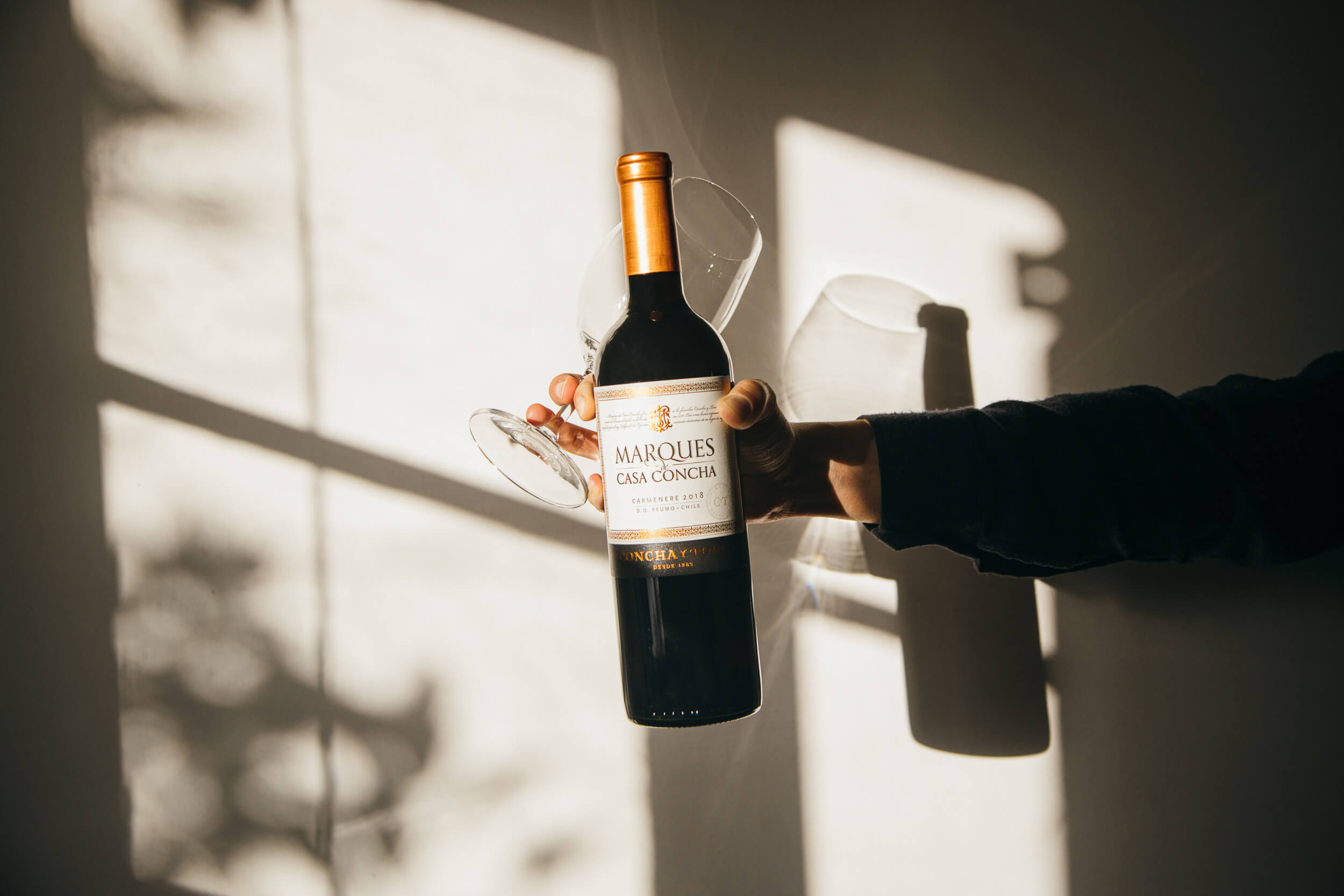 In Chile, most Carmenere wines are actually a blend of 85% Carmenere plus 15% from another grape variety. Because Carmenere delivers fruit flavours such as raspberries, cherries, some bitterness, and aromas of bell pepper, when other varieties are incorporated the wine gains complexity and structure. Therefore, it is usually mixed with small amounts of Merlot, Cabernet Sauvignon or Petit Verdot. Marques de Casa Concha Carmenere 2018, for example, has just 5% Cabernet, which gives to the final wine a greater depth and exuberance. 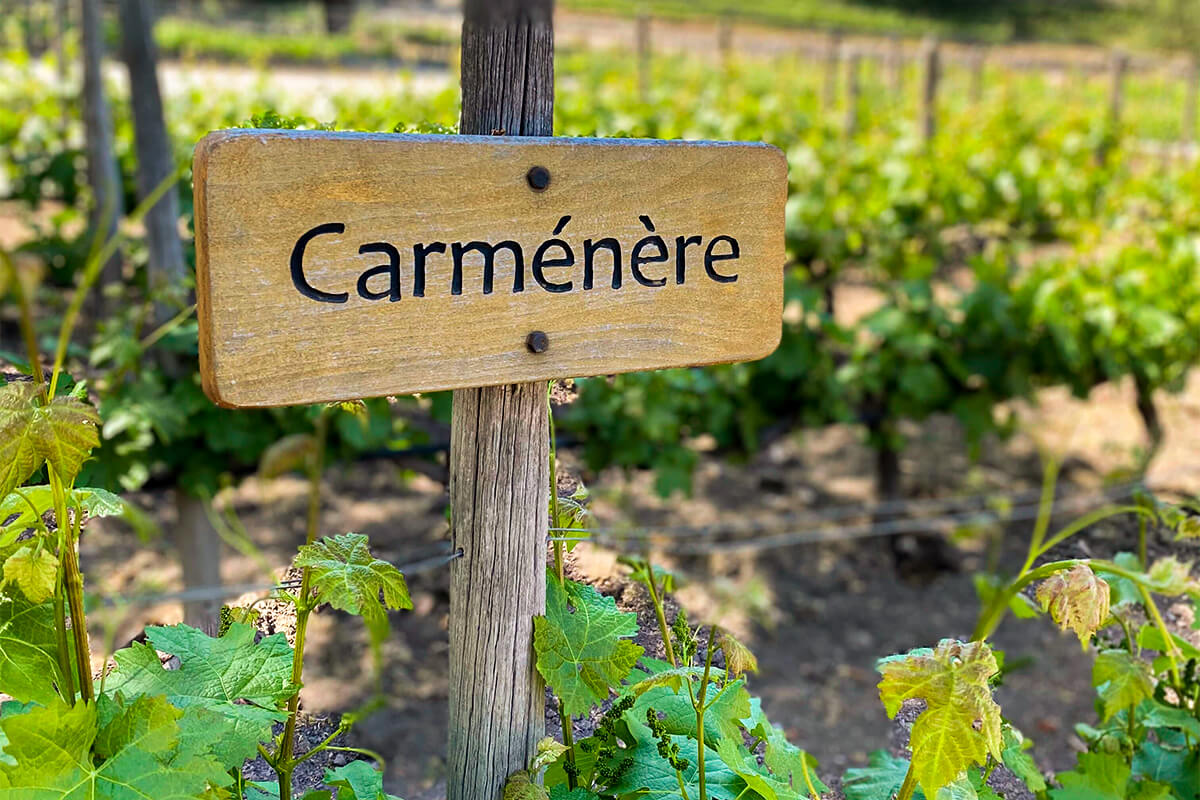 It is estimated that Carmenere was transplanted to Chile from France between 1840 and 1890, after it stopped being planted in Bordeaux due to its high sensitivity to phylloxera (a parasite that attacks vines). But after being rediscovered, due to the fact that the Ministry of Agriculture still did not recognize it as a variety until 1998, it was released in 1996 under the name of Grand Vidure.

5-  Carmenere is not only found in Chile 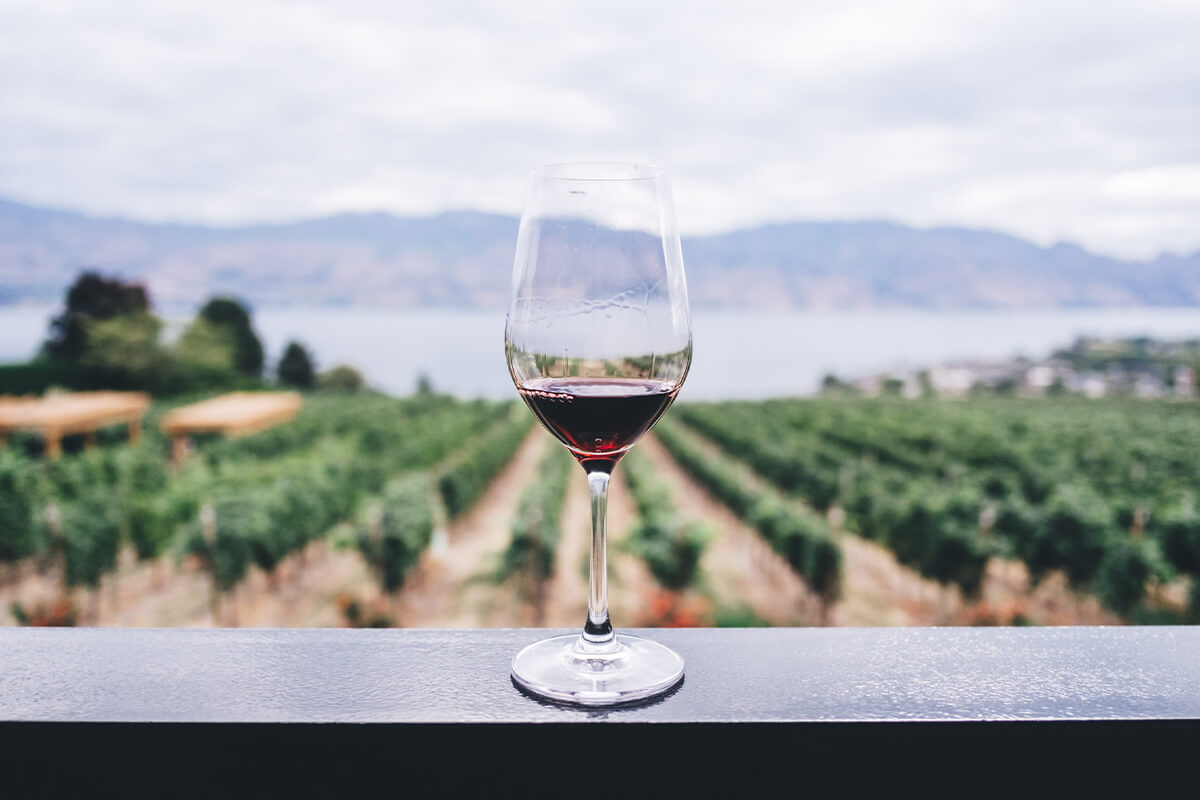 After the discovery of Carmenere in Chile, many believe that this grape variety is produced only in Chile. But is not. Although they are rare, today you can find Carmenere wines produced in countries like Italy, Australia, the United States and even Brazil. 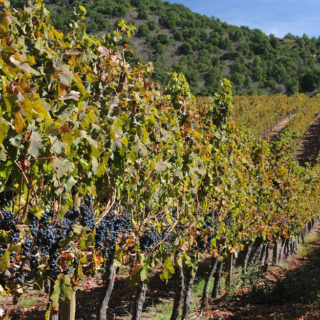 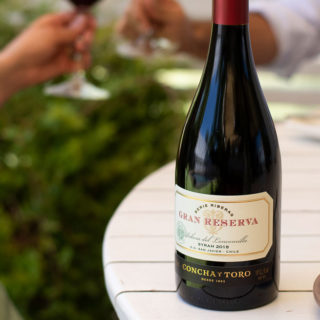 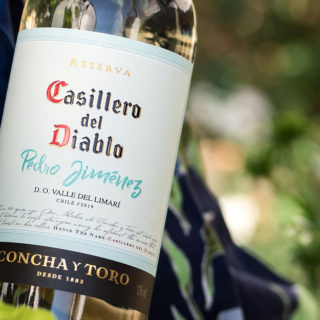