Umami, which in Japanese means “tasty”, is the word used to identify this mysterious flavour found in many foods and also in wine.

We have been taught that the four basic tastes are salty, sweet, sour and bitter, but the truth is different. There is a fifth flavour that is present in many foods, and that is much more complex than the other four because, in one way or another, it involves them all. We are talking about umami.

The word Umami was born in 1908, when Japanese scientist Kikunae Ikeda realized that kombu seaweed gave broths a flavour that could not be labelled under the traditionally known four. He then discovered the responsible was an active component of the algae called glutamate, which gave the soup a flavour that he identified as umami, a term that comes from the combination of the words “umai” (tasty) and “mi” (taste). This fifth flavour is characterized by being intense, pleasant, long-lasting and above all delicious. It also promotes salivation and enhances the rest of the flavours in a meal, making it addictive.

Since glutamate is present in so many foods, many of the ingredients we eat on a daily basis have umami. Parmesan cheese, shiitake mushrooms, soy sauce, fish sauce, very ripe tomato, the broccoli, asparagus, onion, carrot, green tea, seaweed, cured meats, fish such as bonito and sardines are great carriers of umami. Also, by the way, fermented products such as sauerkraut, kimchi and of course, wine!

Within foods, those that are fermented or have long maturation processes are the ones that have the most umami. Parmesan cheese, for example, thanks to its long aging process, is the second product with the most umami after kombu seaweed. While the wine, particularly the red wines made with ripe grapes and with a long aging in barrels such as Gravas Syrah (whose aging is 14 months in barrel), Terrunyo Cabernet Sauvignon (aged for 18 months in French oak barrels), or Carmenère Carmín de Peumo (aged for 15 months), it is very likely that they have the presence of the amino acids that give the wine this fifth flavour. How can we identify it? Thanks to that feeling of roundness that, for example, in Carmín de Peumo fills the mouth with its underlying tannins.

In fact, the word umami has been used for 25 years as a descriptor of wine, thanks to the American and Master of Wine, Tim Hanni, who introduced it to the wine community. 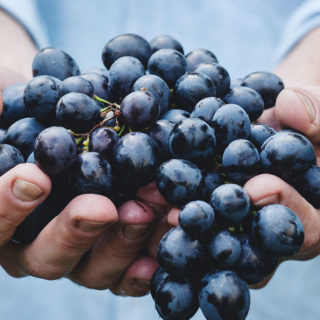 The lifecycle of a vine

While in the southern hemisphere we get closer to the long-awaited harvest, northern hemisphere vineyards are in their resting period. The vegetative cycle of the vine occurs in an inverted way betwee... 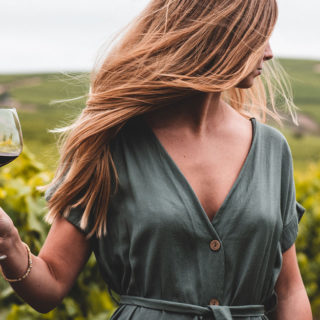 We dust off the crystal ball to tell you what are the trends that the world of wine could bring this 2023. The forecasts already speak, among other things, about regenerative viticulture and a growing...

How to choose the right sparkling wine

If you don’t know how to choose the sparkling wine for your next celebration, here we tell you about its different classifications, based on their sugar level.  We’re about to say goodbye to the...