What is carbonic maceration?

Now, in the middle of harvest season in the Southern Hemisphere, there are times when the grapes go as a whole cluster to the containers where the fermentation will take place, skipping the destemming machine. Why this and other secrets, we will explain next.

Carbonic maceration is a process that occurs in fermentation and instead of destemmed the grapes to extract their juices, uses the whole bunches in an airtight tank whose atmosphere does not have oxygen, but carbon dioxide. Thus, the grape berries start an intracellular fermentation in their interior and once they reach 2% alcohol, the skins of the grapes break releasing their juices. Thanks to the presence of native yeasts that already bring the grapes with them and from the vineyard, when they come into contact with the sugar in the juices, the alcoholic fermentation that had already begun inside the berry continues.

This form of extraction is very subtle, so the wines are lighter in colour but lively, fruit-forward, low in tannins and with a very delicate palate. It is generally used in varieties such as Gamay, Pinot Noir, Carignan, Malbec, Syrah, Tempranillo and Mouvèdre. Although in New World countries such as the United States and Chile, this technique has been used to make to juicy Zinfandel, País, Cinsault and even Carmenère.

For a better appreciation of this wines, it is recommended to consume them while young (since due to their light structure they do not usually age well in the bottle) and serve them slightly chilled.

Thanks to this method, some wines have aromas of banana, chewing gum, raspberries, strawberries or cinnamon. It is not that the grapes have these aromas, but rather that carbonic maceration produces chemical compounds with these smells. In addition, it makes wines have low acidity.

As you can imagine, in the past it was not an option to destemmed the grape bunches buy by hand. It would have taken too long. This is why it is believed that wines were made this way centuries ago, only there was probably no specific name for it. Anyway, the discovery is attributed to Michel Flanzy and his son Claude, who at the end of the 19th century discovered that using this method, grapes could be transported without oxidizing. They are currently known as the fathers of this technique and their book Winemaking by Carbonic Maceration (written with Pierre Bernard) is a bedside reading for many winemakers. 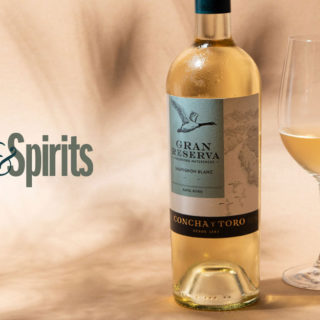