"The Winemaker chooses the field, sows and takes care of the vineyard, decides the harvest, works the musts, and takes them to barrels, decides its permanence in wood and passage to bottle. We are the fathers of wine, and we are responsible for it until it is bottled".

Sebastián Rodríguez is 36 years old and has a successful career as a winemaker. He is part of the winemaking team at Marques de Casa Concha and works at the Puente Alto de Concha y Toro winery in the Maipo Valley.
Sebastián chose winemaking because of his passion for the countryside and agronomy. As a child, he spent long periods in the Lo Abarca area in the coastal wine valley of San Antonio, a great inspiration.

Between 2003 and 2006, Sebastian attained winemaking experience in the Valley of San Antonio. He holds a degree as an agronomist from Universidad Mayor, and a diploma in enology from the Universidad de Chile. In 2007, he traveled to the United States, where he harvested at DeLoach Vineyards in the renowned Sonoma Valley.

He joined Concha y Toro in 2007 to be part of the winemaking team led by Marcelo Papa. He began as a winemaker in charge of aging fine wines. Over time and thanks to his talent, he has added new challenges in viticulture and research, as well as new projects, always guided by Marcelo Papa. Sebastián works with Chardonnay, Pinot Noir, Syrah, and Cabernet Sauvignon from the Marques de Casa Concha line. Without a doubt, the varieties he has most specialized with and with which he most enjoys working.

Sebastián, his wife Javiera, and their small son Santiago live in Chile’s capital a few kilometers from the Puente Alto winery. He is a soccer and running fan, yet lately, he is focused on a personal project that will take him back to his beloved San Antonio, without leaving behind Puente Alto and Marques de Casa Concha.

“Marques de Casa Concha is a line that represents the development that has taken place in Chile in viticulture and Concha y Toro’s work with micro terroirs, providing us with high-end wines of diverse varieties.” 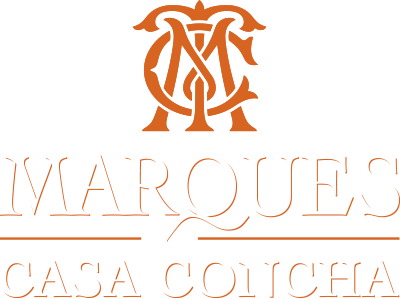 The many awards and high praise this outstanding line has earned over the years confirms it as one of the world’s most consistent and solid lines in its segment.