The last day of the year has arrived and with it the preparations of all kinds of cabal, superstitions, rituals and traditions. It is the closing of one cycle and the beginning of another, which is expected to arrive with prosperity, health and love, from the point of view of different cultures. These are some curious ways to receive the New Year that are worth knowing.

In this archipelago of more than seven thousand islands, the traditions to say goodbye to the year are many. But among them, the one in which people dress in clothes and accessories full of polka dots stands out. The belief says that because of their circular coin-like shape, polka dots promise to attract wealth and good health for the year ahead. Regardless, the coins themselves are also jangled and take a significant turn tonight. A moment where they do not eat chicken or fish guided by superstitions. They prefer pork and noodles for prosperity.

In the Plaza Mayor of Cusco, in Perú, it is a tradition that large groups of Peruvians and tourists meet to see the fireworks a little before midnight. At 12 o’clock, people begin to hold hands to turn counter clockwise and around the central fountain of the square, in an atmosphere of music and dance. In addition to going around the perimeter of the square seven times as a cabal of good luck for next year. Previously, of course, Peruvians enjoy their excellent cuisine at home or in restaurants, where they usually have a delicious Grilled chicken with Arabian rice (with a smoked touch and blond raisins), applesauce and sweet and sour salads. Dishes that complement very well with light fruity wines with rich acidity such as Amelia Pinot Noir. 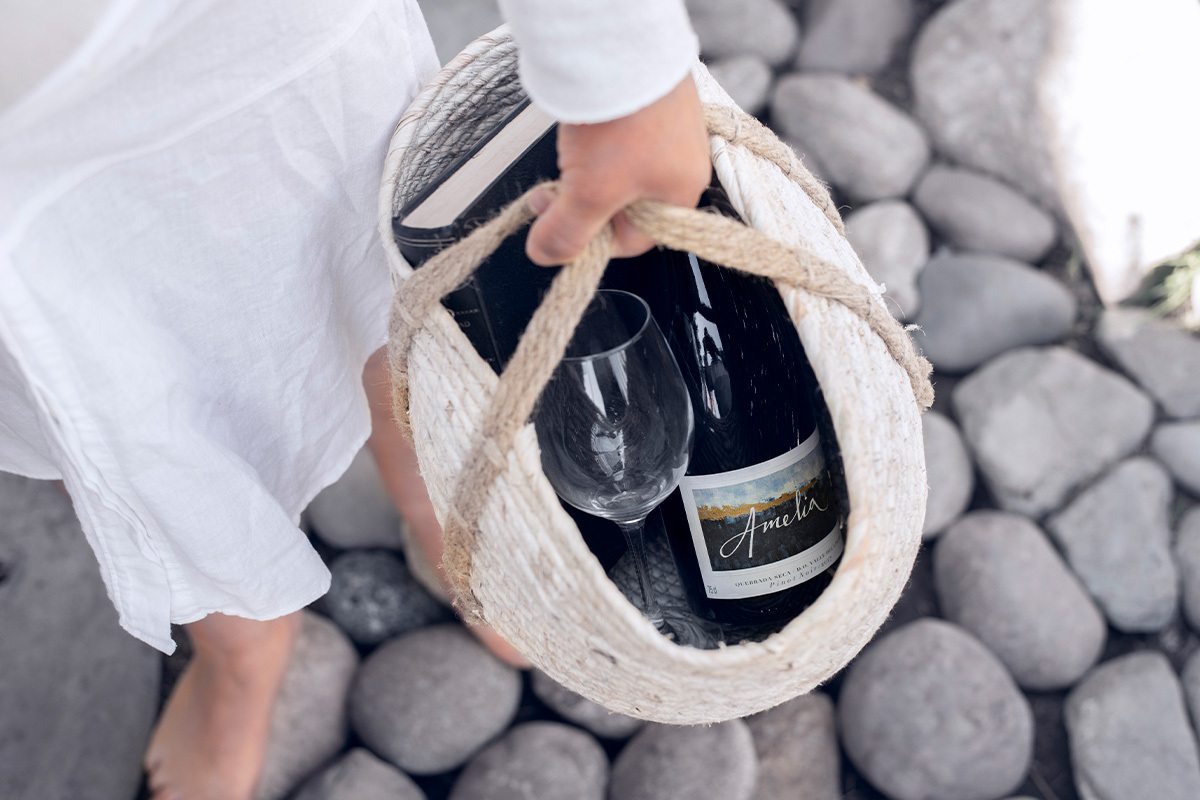 This Asian country also has particular practices. One of them is Joya no kane (which means New Year’s Eve chime), a tradition that rings the bells of Buddhist monasteries 108 times. A sacred number that would eliminate 108 human defects that cause pain. Not without first enjoying Toshikoshi soba. A popular soba noodle dish eaten before midnight, sipping the noodle without breaking them as a symbol of long life and prosperity. Made from buckwheat, soba noodles are served in a broth made from dashi, mirin, and soy sauce. It can have different toppings such as egg, some tempura or chives. Although they are usually accompanied by sake, Marques de Casa Concha Chardonnay is a wine that works well with soba preparations. 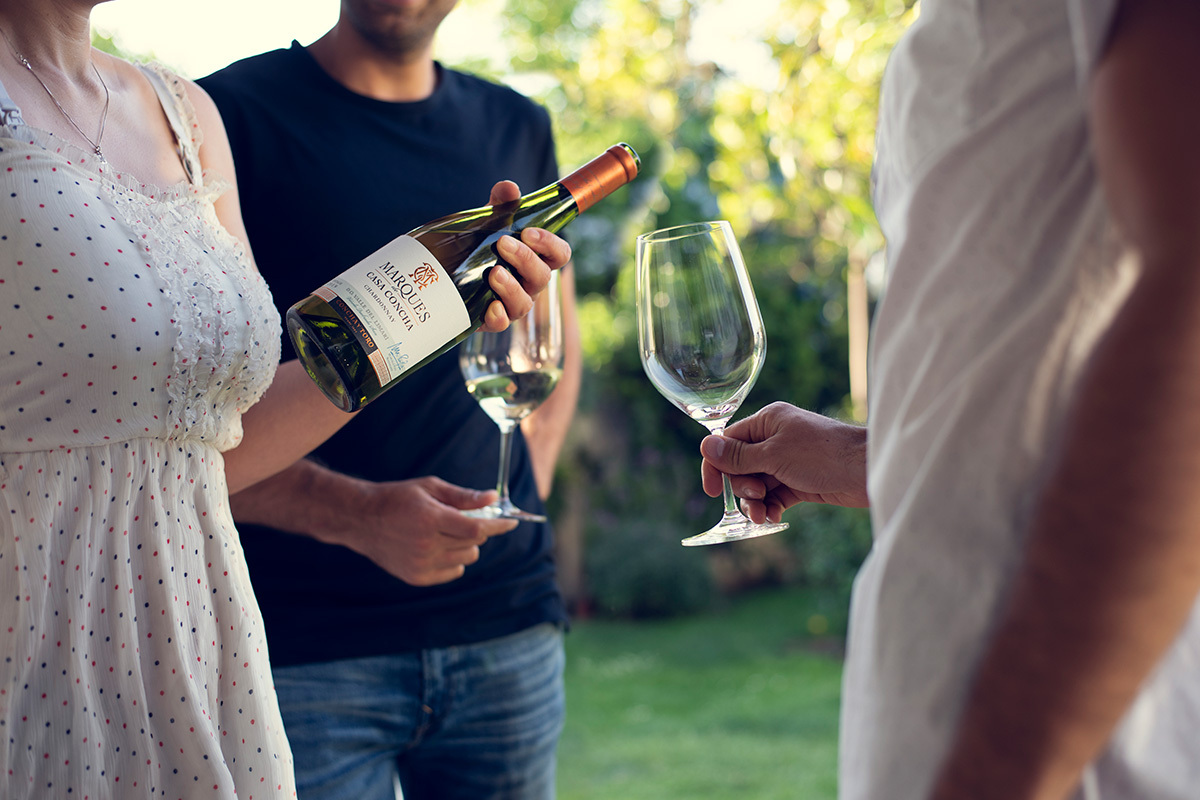 In Latin America there are many rituals to attract love, health and prosperity. In the case of Ecuador, they prepare a cloth doll or monigote that symbolizes the old year. When midnight arrives, the families begin to light their dolls so that the bad can be carried away and the flames purify everything. However, this tradition evolved to the point that today the monigotes can have the faces of superheroes, hated politicians and cartoon characters. There are even contests to choose the best ones. It is also common, as in many South American countries, to eat 12 grape grains at 12 midnight. A delicious way to do it is by putting the grapes in a sparkling wine glass like Casillero del Diablo Devil’s Brut. 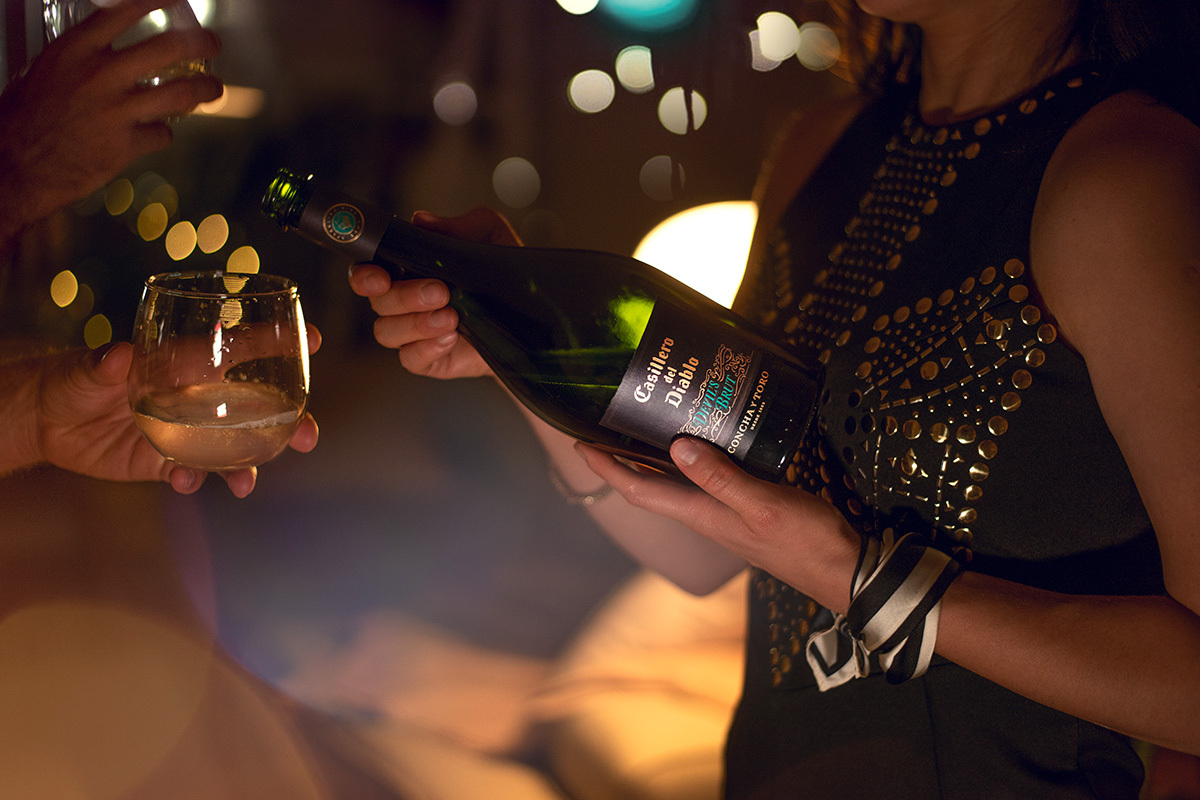 Another way to attract good luck in Greece is by throwing a pomegranate at the front door at midnight. Symbol of abundance, fertility and good fortune, the more seeds that are spread on the ground, the more prosperity it will bring. Now, if the juice of this fruit splashes on your clothes, it means that next year could be especially abundant. If you like pomegranate, be sure to try Marques de Casa Concha Rosé. Made from the Cinsault grape varierty, it is characterized by its aromas of pomegranate and pink melon. An ideal wine to toast at celebrations given its freshness. 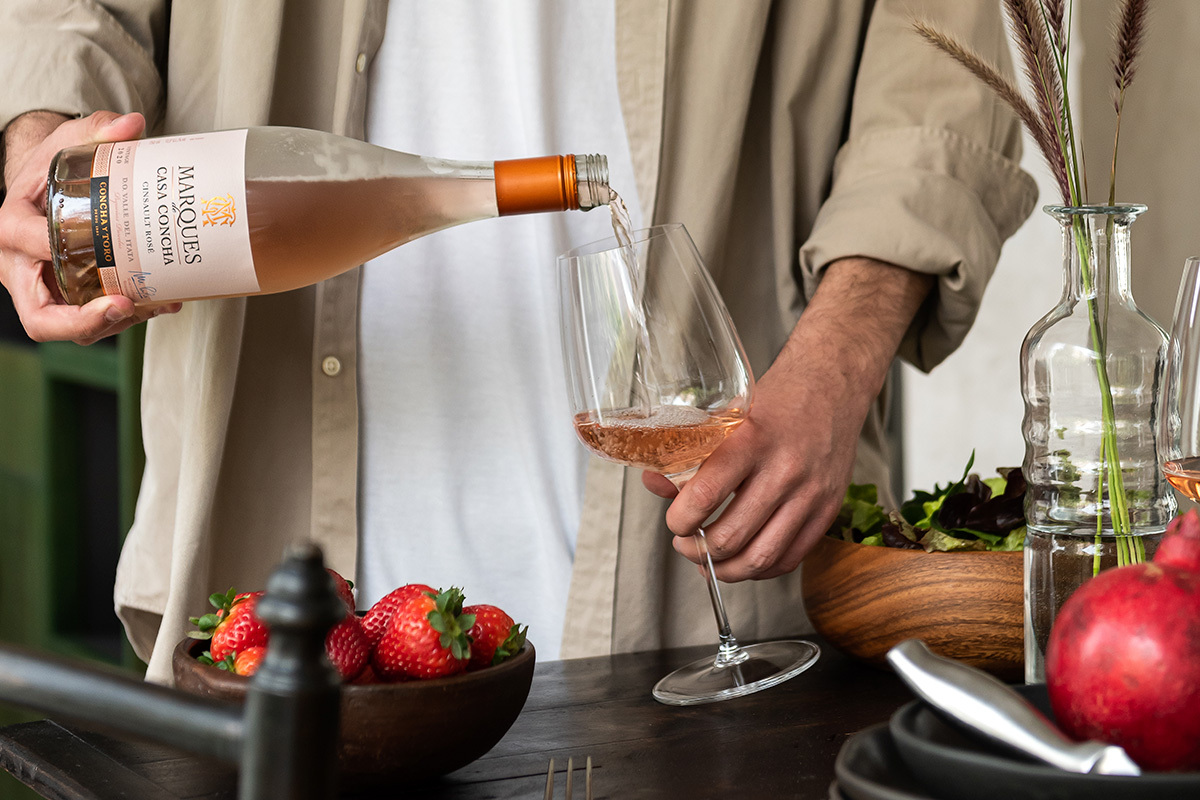 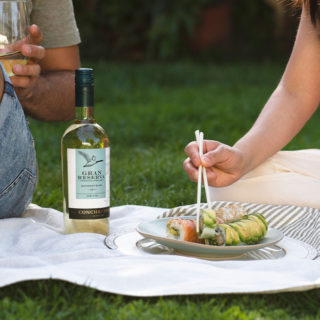 Raw recipes to pair with wine

Among the latest trends in food, consuming food without cooking at high temperatures is an alternative that is gaining more followers every day. Better known as Raw food or Living food, it is a diet b... 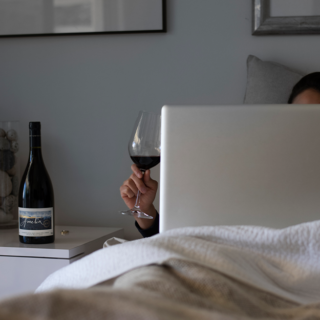 Tell me what you watch and I'll tell you what to drink. With the arrival of pay television, Netflix, Amazon and HBO series are no longer indifferent to anyone. This is a selection of some of the best ... 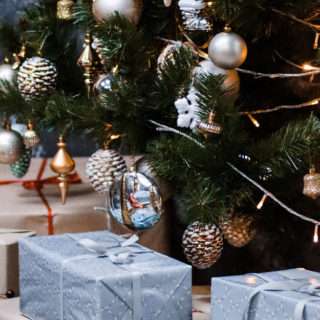 Many of us probably have a friend who enjoys drinking a glass or two of wine a day. Maybe a family member who always has their wine rack with bottles of different varieties and origins. But if this Ch...