Foods that do not pair well with wine

Like the quote that says “there is nothing written about food taste”, in the world of wine it is the same. Personal preferences ultimately weigh much more than what an expert can advise. However, chemically, there are certain mixtures that experts do recommend avoiding because the chances of the pairing ending in an unpleasant taste are very high. Here we tell you what those foods that are difficult to harmonize are.

Although there are several vegetables that are recommended to be avoided when pairing with wine, we could say that delicious artichoke heads the list. Since they are rich in a chemical compound called cynarin, artichokes can make wine taste very sweet or metallic. This occurs mainly when paired with red or white wines aged in wood, such as Marques de Casa Concha Chardonnay. Now, the result of the pairing will depend on the way the artichoke is prepared and whether or not other ingredients accompany it. For example, if it is part of a risotto that has Parmesan cheese and lemon peel, there is a better chance of finding an appropriate pairing, which would probably be with a Sauvignon Blanc.

Another vegetable that is probably second on the list is asparagus. Due to its high content of organosulfur compounds (or in simple words, sulfur), when it comes into wine, everything can taste very, very bad. In addition, asparagus have a high concentration of chlorophyll, which gives it that characteristic herbaceous flavour that at the same time clashes with wine. Here the best option is to try to pair it with a very dry Sauvignon Blanc, with aromas of asparagus and lemon peel, or a Chardonnay without wood aging.

One of the most difficult dishes to pair with wine is salads with vinaigrettes, as these can dull the flavour of a wine (especially red ones) making it bland or flat. This occurs due to its extreme acidity, which can be replaced using flavoured oils and milder dressings that contain balsamic vinegar or cream. Using cheeses like Parmesan also help your dressing to go better with wine.

Salted anchovies that are stored in oil and served directly on toast (not as part of a recipe to enhance the flavour of meat, for example) are very difficult to pair with due to their powerful, very salty and marine flavour. There are those who claim that anchovies are capable of killing even the most special Champagne…for this reason, the recommendation is to try a rosé such as Rosé Concha y Toro, probably the only style of wine capable of harmonizing with anchovies. Although a Manzanilla or Fino are the best match without comparison.

We all know that wine and cheese are the perfect pairing, although sometimes we forget the exception of cheeses such as Gorgonzola, Roquefort and Blue. These are distinguished from the rest by their distinctive aroma that is caused by the aromatic component alkan-2-ones capable of overpowering most wines. Here the option is to pair with sweet wines such as Port or a Late Harvest. Have you tried Late Harvest Concha y Toro? 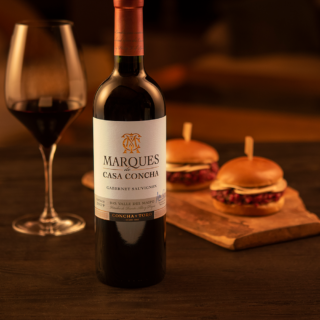 To each burger a wine

This icon of North American cuisine is more present than ever, constantly reinventing itself. There are different theories about its origin. But there is no doubt that its name comes from Hamburg, the... 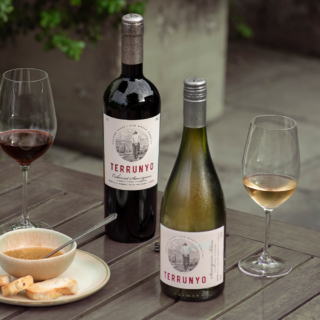 Thanks to their great nutritional qualities, free of fat and high in fibre, legumes are the ideal food for those looking to eat in a healthy, balanced and rich way. Because they are a source of comple...

To get out of the routine, one of the simplest and most effective ways to do it is by taking the table outdoors. Lighting the grill after a long day at work or ending the week with a picnic are activi...