Chilean dishes to pair with Carmenere

One of the famous wines of Chilean culture is Carmenere. The wine grape that was believed to be extinct when the phylloxera plague devastated French vineyards in 1860. But a century later, in 1994, it was rediscovered by the French ampelographer, Jean-Michel Boursiquot, far from its place of origin: in the Maipo Valley in Chile.

After this event, Carmenere found a new home and Chile became the largest producer of this grape in the world. Thanks to the warm climate and low rainfall, the grape variety is grown mainly in the Maipo, Cachapoal and Colchagua valleys, and used to make exquisite medium-bodied wines with silky tannins, aromas and flavours of black fruits, black peppercorn and sometimes red peppers (given by its high level of pyrazines).

Product of this incredible history and of the great wines that were born in Chile after this discovery, is that this November 24th, Carmenere Day is celebrated. In addition, this year Concha y Toro celebrates 20 years of Terrunyo Carmenere, the first wine of this variety that the winery labelled in 1998.

How? Nothing less than with a limited-edition wine, Terrunyo Carmenere Special Edition 2018. With Peumo designation of origin (in the Cachapoal Valley), specifically from the historical vineyard number 27, whose soil is loamy-clay and of alluvial origin, this wine is made in a similar way to the original. “The only difference between this vintage and the original from 1998 is that we did not want to use new oak. This wine only has first and second use oak barrels, since our idea was to highlight the characteristics and qualities of Carmenere de Peumo. We wanted it to show all its spices, vibrancy and freshness”, explains its winemaker, Marcio Ramírez.

Although this wine is not for sale to the public, Concha y Toro has a portfolio of excellent Carmenere wines. Starting with the first icon wine made with this grape in Chile, Carmín de Peumo 2017. In addition to Marques de Casa Concha Carmenere 2018, Gran Reserva Carmenere 2019 and Casillero del Diablo Carmenere 2019. 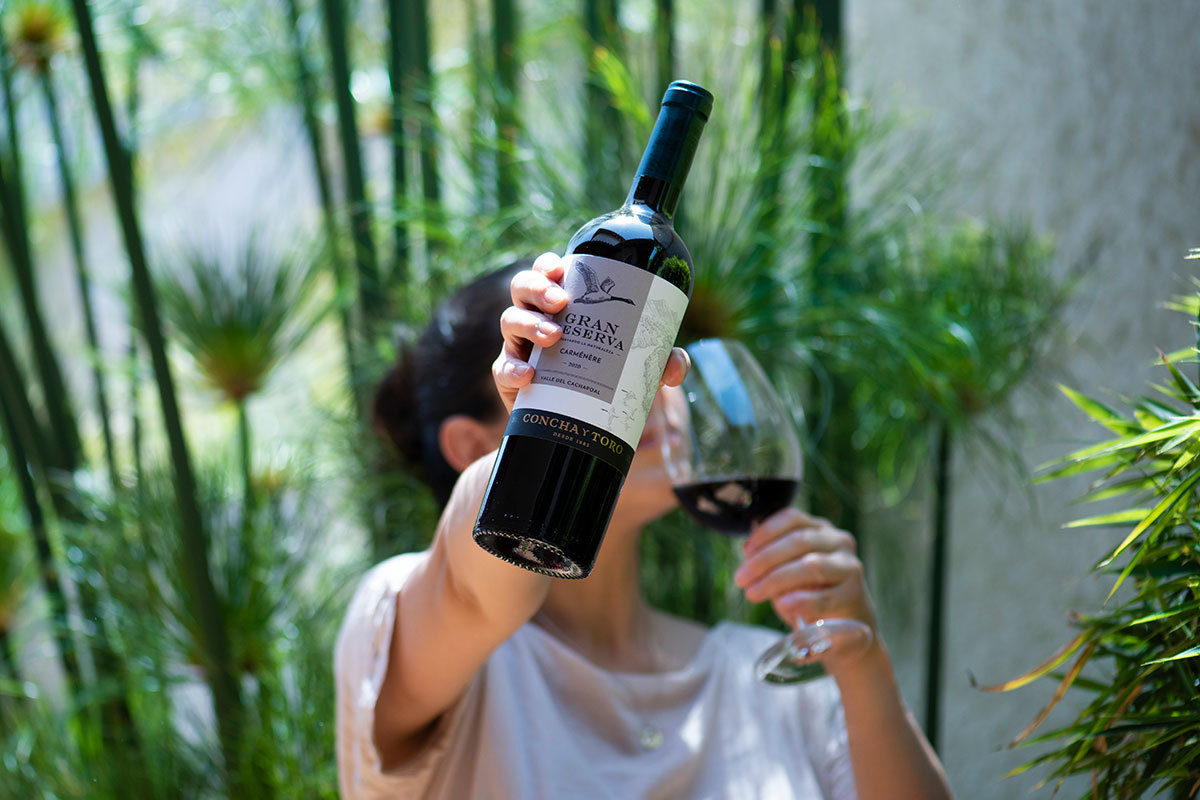 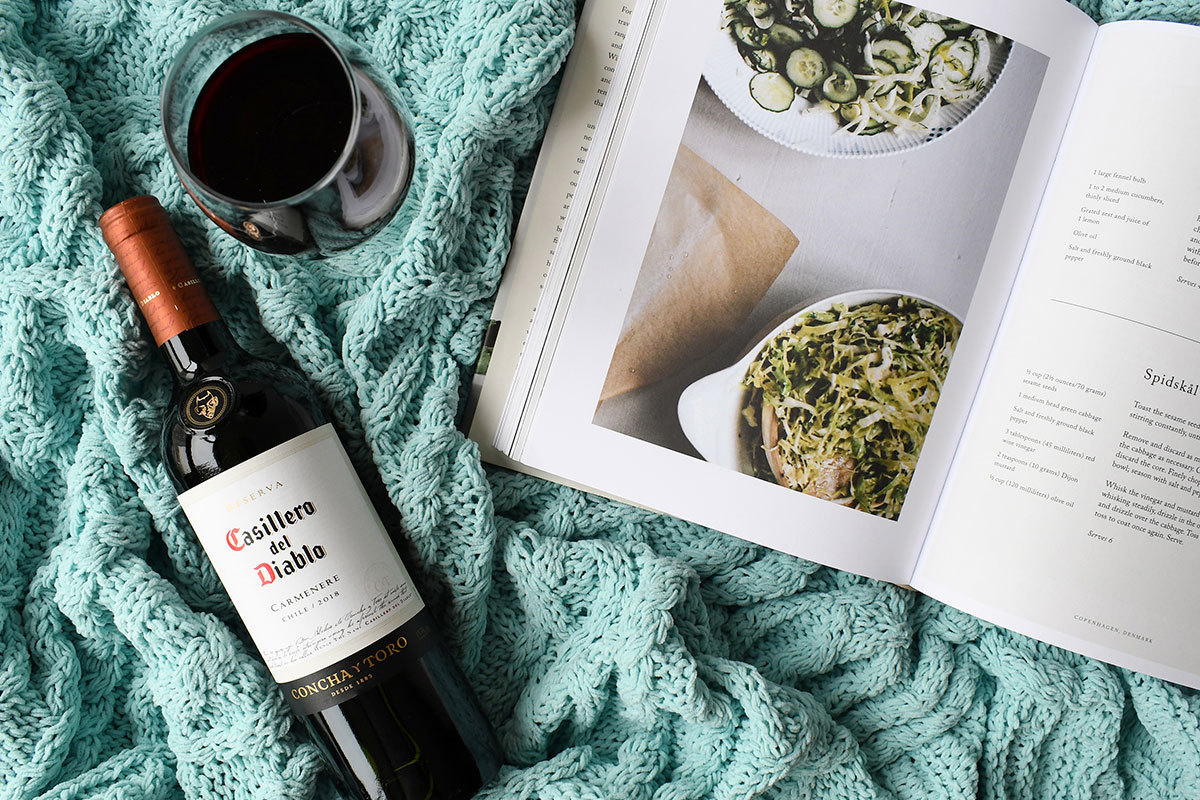 Food-friendly and highly versatile thanks to its rounded tannins, pleasant acidity and herbal notes, Carmenère works very well with a wide variety of dishes. However, the affinity this wine varierty has with Chilean cuisine is indisputable. These are some traditional Chilean dishes that you must try.

Popular in country kitchens and traditional restaurants, this dish consists of just two ingredients. On the one hand, the pork ribs that are marinated in white wine, oregano, garlic, red chili and merkén (smoked chili pepper), then slowly cooked in the oven (in the country, in a wood-fired clay oven) until the bones come out on their own. On the other, a smooth mashed potatoe that also has nutmeg and red chili sauce.

Thus, this dish with smoky notes and slight spicy, which incidentally has a certain amount of fat from the pork and the butter of the puree, complements very well with the fruitiness of the Carmenère. In addition, its rounded tannins and light acidity clean and refresh the palate, adding a touch of elegance to this infallible pairing.

They are consumed throughout the year, especially at lunch on Sundays. Its filling, called “pino”, consists of a mixture of ground beef with onion, dressed with oregano, cumin, raisins, a piece of hard-boiled egg and a black olive, which give all the flavour to this baked dough. With a crunchy result and juicy filling, the empanada is eaten by hand. And ideally, accompanied by a glass of red wine. Due to the complexity of its flavours, with a touch of sweetness, Carmenère is an excellent ally.

This is a summer dish, as it is when its main ingredient is harvested: the sweetcorn. It consists of a “pino base” (the same as the empanada) that is covered with a generous portion of grated and cooked sweetcorn, which is flavoured with a good portion of basil and onion. Everything is served in a clay pot and sprinkled with sugar before grilling it in the oven, to arrive at the table with a crunchy sweet layer on the outside.

This seasonal dish, which is vegetarian by the way, also appears in summer thanks to the harvest of sweetcorn and the Cranberry beans. Which are cooked along with squash, onion and basil. It is a hot dish that is served steaming and ideally accompanied with a fresh tomato salad. An inheritance of Chilean peasant cuisine, which tastes even better with a glass of Carmenère. 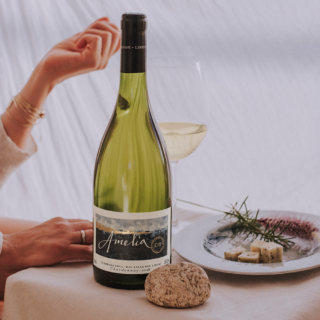 Last October 25th we celebrated World Pasta Day. A day that began to be celebrated in 1998 with the aim of calling the attention of this popular and global food so consumed in the five continents. Ric... 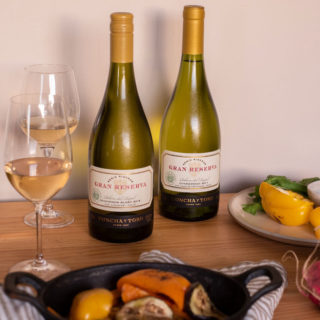 When it comes to white wines, Chardonnay and Sauvignon blanc are by far the most preferred. But is there a difference between both grapes? Well of course. Although we’ll start from their similaritie... 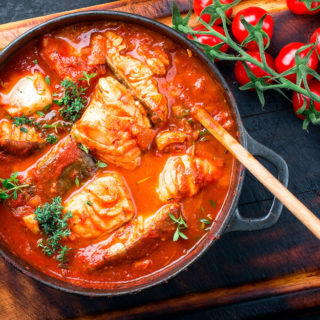 How to pair 5 classics of Brazilian gastronomy

With more than 520 years of history, Brazilian cuisine is the result of a great fusion of ingredients, traditions and cultures that converged in this vast region of South America starting from 1920s. ...